Bonn, Germany, May 22, 2008 (IUCN/Wiley-Blackwell) – The first study to determine the global status of 21 species of oceanic pelagic sharks and rays reveals that 11 of them are threatened with extinction, says IUCN on International Biodiversity Day. 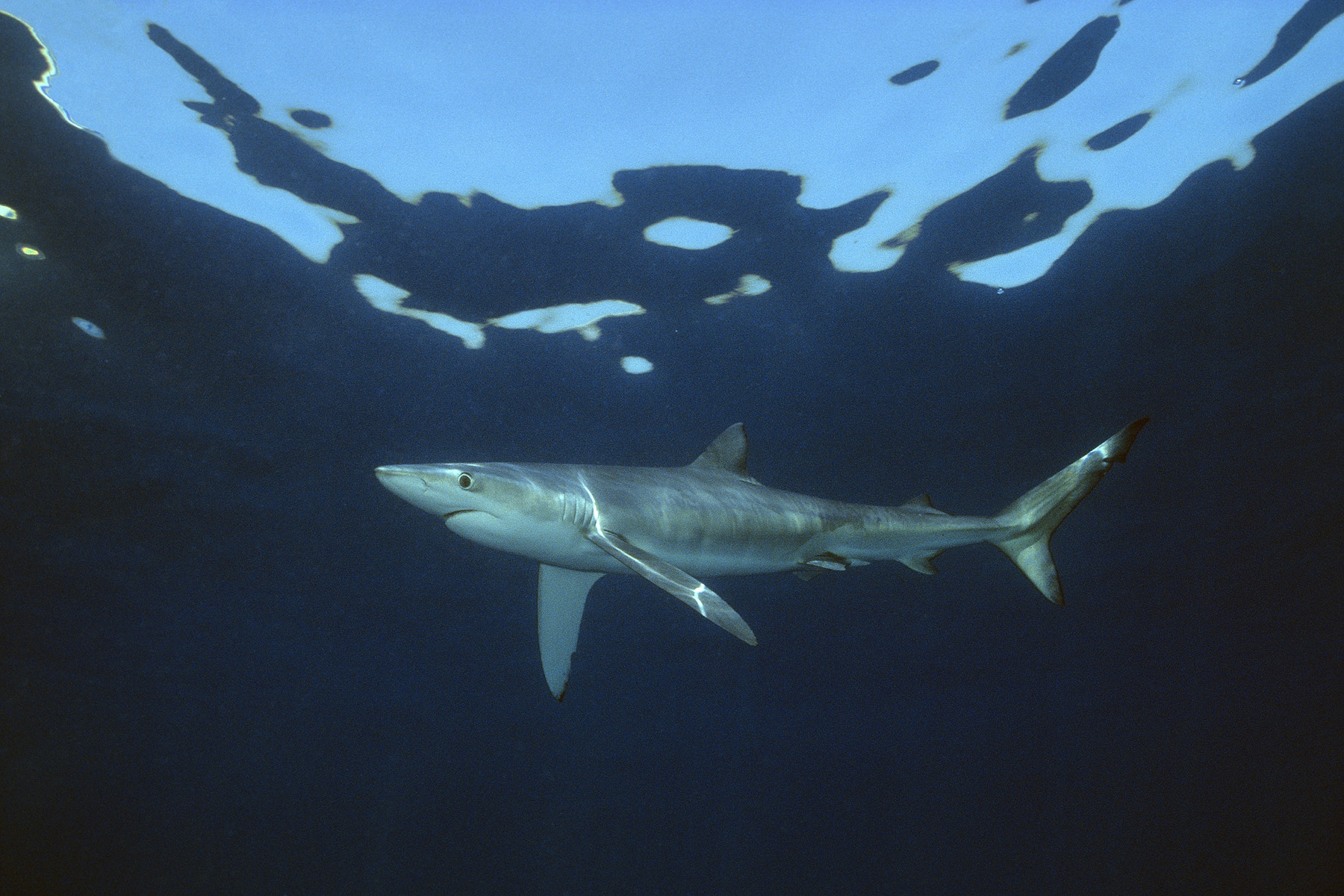 Bonn, Germany, May 22, 2008 (IUCN/Wiley-Blackwell) – The first study to determine the global status of 21 species of oceanic pelagic sharks and rays reveals that 11 of them are threatened with extinction, says IUCN on International Biodiversity Day.

The international study, published in the latest edition of Aquatic Conservation: Marine and Freshwater Ecosystems, shows serious overfishing is to blame and recommends key steps that governments can take to safeguard the sharks and rays.

Organized by the IUCN Shark Specialist Group (SSG), the study was conducted by 15 scientists from 13 different research institutes around the world, with additional contributions from scores of other SSG members.

The experts found that the sharks and rays, including the Thresher shark (Alopias vulpinus), the Silky shark (Carcharhinus falciformis) and the Shortfin mako (Isurus oxyrinchus) are at risk of extinction due to targeted fishing for valuable fins and meat, as well as indirect bycatch in other fisheries. In most cases, these catches are unregulated and unsustainable.

“The traditional view of oceanic sharks and rays as fast and powerful too often leads to a misperception that they are resilient to fishing pressure,” says Sonja Fordham, co-author of the paper and Deputy Chair of the IUCN SSC Shark Specialist Group (SSG). “Despite mounting evidence of decline and increasing threats to these species, there are no international catch limits for oceanic sharks. Our research shows that action is urgently needed on a global level if these fisheries are to be sustainable.”

The increasing demand for the delicacy ‘shark fin soup’, driven by rapidly growing Asian economies, means that often the valuable shark fins are retained and the carcasses discarded. Frequently, discarded sharks and rays are not even recorded.

Sharks and rays are particularly vulnerable to overfishing due to their tendency to take many years to become sexually mature and have relatively few offspring.

“Fishery managers and regional, national and international officials have a real obligation to improve this situation,” says lead author Nicholas Dulvy, who is based at Simon Fraser University, Vancouver. “We are losing species at a rate 10 to 100 times greater than historic extinction rates. Humans are making increasing use of ocean resources so many more aquatic species, particularly sharks, are coming under threat. But it doesn’t have to be like this. With sufficient public support and resulting political will, we can turn the tide.”

The group’s specific recommendations for governments address the need to

• Establish and enforce science-based catch limits for sharks and rays
• Ensure an end to shark finning (removing fins and discarding bodies at sea)
• Improve the monitoring of fisheries taking sharks and rays
• Invest in shark and ray research and population assessment
• Minimize incidental catch (‘bycatch’) of sharks and rays
• Cooperate with other countries to conserve shared populations.

Table of ocean pelagic sharks and their global IUCN Red List status
NB: Assessments marked with an asterisk (*) below have been submitted and accepted for inclusion in the 2008 IUCN Red List.

LINKS:
Interview with Sonja Fordham, co-author of the paper