Life on Earth is under serious threat, despite the commitment by world leaders to reverse the trend, according to a detailed analysis of the IUCN Red List of Threatened Species™. 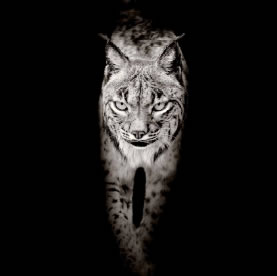 The IUCN analysis, which is published every four years, comes just before the deadline governments set themselves to evaluate how successful they were in achieving the 2010 target to reduce biodiversity loss. The IUCN report, Wildlife in a Changing World, shows the 2010 target will not be met.

“When governments take action to reduce biodiversity loss there are some conservation successes, but we are still a long way from reversing the trend,” says Jean-Christophe Vié, Deputy Head of IUCN’s Species Programme and senior editor of the publication. “It’s time to recognize that nature is the largest company on Earth working for the benefit of 100 percent of humankind – and it’s doing it for free. Governments should put as much effort, if not more, into saving nature as they do into saving economic and financial sectors.”

The report analyses 44,838 species on the IUCN Red List and presents results by groups of species, geographical regions, and different habitats, such as marine, freshwater and terrestrial.

It shows 869 species are Extinct or Extinct the Wild and this figure rises to 1,159 if the 290 Critically Endangered species tagged as Possibly Extinct are included. Overall, a minimum of 16,928 species are threatened with extinction. Considering that only 2.7 percent of the 1.8 million described species have been analyzed, this number is a gross underestimate, but it does provide a useful snapshot of what is happening to all forms of life on Earth.

An increased number of freshwater species have now been assessed, giving a better picture of the dire situation they face. In Europe, for example, 38 percent of all fishes are threatened and 28 percent in Eastern Africa. The high degree of connectivity in freshwater systems, allowing pollution or invasive species to spread rapidly, and the development of water resources with scant regard for the species that live in them, are behind the high level of threat.

In the oceans, the picture is similarly bleak. The report shows that a broad range of marine species are experiencing potentially irreversible loss due to over-fishing, climate change, invasive species, coastal development and pollution. At least 17 percent of the 1,045 shark and ray species, 12.4 percent of groupers and six of the seven marine turtle species are threatened with extinction. Most noticeably, 27 percent of the 845 species of reef building corals are threatened, 20 percent are Near Threatened and there is not enough data for 17 percent to be assessed. Marine birds are much more threatened that terrestrial ones with 27.5 percent in danger of extinction, compared with 11.8 percent of terrestrial birds.

“Think of fisheries without fishes, logging without trees, tourism without coral reefs or other wildlife, crops without pollinators,” says Vié. “Imagine the damage to our economies and societies if they were lost. All the plants and animals that make up Earth’s amazing wildlife have a specific role and contribute to essentials like food, medicine, oxygen, pure water, crop pollination, carbon storage and soil fertilization. Economies are utterly dependent on species diversity. We need them all, in large numbers. We quite literally cannot afford to lose them.”

The report shows nearly one third of amphibians, more than one in eight birds and nearly a quarter of mammals are threatened with extinction. For some plant groups, such as conifers and cycads, the situation is even more serious, with 28 percent and 52 percent threatened respectively. For all these groups, habitat destruction, through agriculture, logging and development, is the main threat and occurs worldwide.

In the case of amphibians, the fungal disease chytridiomycosis is seriously affecting an increasing number of species, complicating conservation efforts. For birds, the highest number of threatened species is found in Brazil and Indonesia, but the highest proportion of threatened or extinct birds is found on oceanic islands. Invasive species and hunting are the main threats. For mammals, unsustainable hunting is the greatest threat after habitat loss. This is having a major impact in Asia, where deforestation is also occurring at a very rapid rate.

"The report makes for depressing reading,” says Craig Hilton Taylor, Manager of the IUCN Red List Unit and co-editor. “It tells us that the extinction crisis is as bad, or even worse, than we believed. But it also shows the trends these species are following and is therefore an essential part of decision-making processes. In the run-up to 2010, the global community should use this report wisely to address the situation.”

Red List Indices make it possible to track trends of extinction risk in groups of species. New indices have been calculated and provide some interesting results. Birds, mammals, amphibians and corals all show a continuing deterioration, with a particularly rapid decline for corals. Red List Indices have also been calculated for amphibian, mammal and bird species used for food and medicine. The results show that bird and mammal species used for food and medicine are much more threatened. The diminishing availability of these resources has an impact on the health and well-being of the people who depend on them directly.

“The IUCN Red List provides a window on many of the major global issues of our day, including climate change, loss of freshwater ecosystems and over-fishing,” says Simon Stuart, Chair of the IUCN Species Survival Commission and co-editor. “Unless we address the fundamental causes of unsustainability on our planet, the lofty of goals of governments to reduce extinction rates will count for nothing.”

To read the full report, Wildlife in a Changing World – an analysis of the 2008 IUCN Red List of Threatened Species™, please click here: http://data.iucn.org/dbtw-wpd/edocs/RL-2009-001.pdf

BirdLife International “The IUCN Red List is the gold standard for identifying the most urgent conservation priorities, says Stuart Butchart. “This analysis is the most comprehensive published to date, and advances our understanding of the scale and complexity of the current biodiversity crisis, and the actions needed to tackle it.”

Zoological Society of London “Within our lifetime, hundreds of species of birds, mammals and amphibians could be lost as a result of human actions,” says Ben Collen. “Initial studies on the world’s smaller species such as dragonflies, corals and freshwater crabs indicate that threat levels may be similar or even greater. We must set clear goals to reverse these trends and ensure that our enduring legacy is not to wipe out the small things provide us with great benefits such as pollination, nutrient cycling, and climate regulation.”

About the publication
Wildlife in a changing world is made available on the web at http://data.iucn.org/dbtw-wpd/edocs/RL-2009-001.pdf. Printed copies will be available in August. A French version will be available later this year. Eight factsheets summarizing the main findings of the different chapters have been produced and are available in English, French and Spanish.
The publication is composed of 7 illustrated sections and 12 detailed appendices. It includes a large number of figures, maps and pictures.

Photos are available below. These photographs may only be reproduced in connection with this story and should be credited as indicated. Please contact sarah.horsley@iucn.org for more information.