The lives of Bangladesh's fishermen and its coastal cetaceans are intertwined. Regarded as their brethren at sea, fishermen often lament the death of these top predators through entanglement in gillnets. Finding mutually beneficial solutions, Brian Smith and colleague Rubaiyat Mowgli Mansur, working for SOS grantee and IUCN Member, the Wildlife Conservation Society, report on the promising start to an initiative to align priorities for both fishermen and cetaceans using new processes and Global Positioning System (GPS) technologies. With such an innovative project, there has been some learning on the job generating new insights and practices according to Brian. 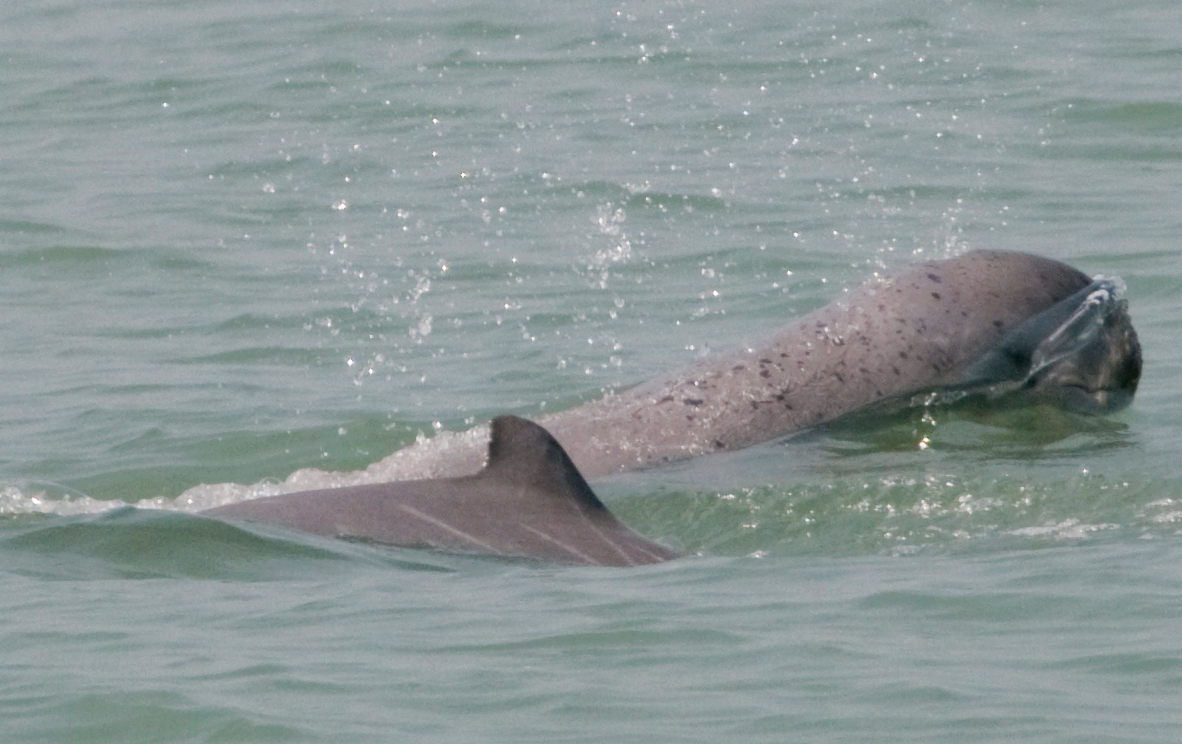 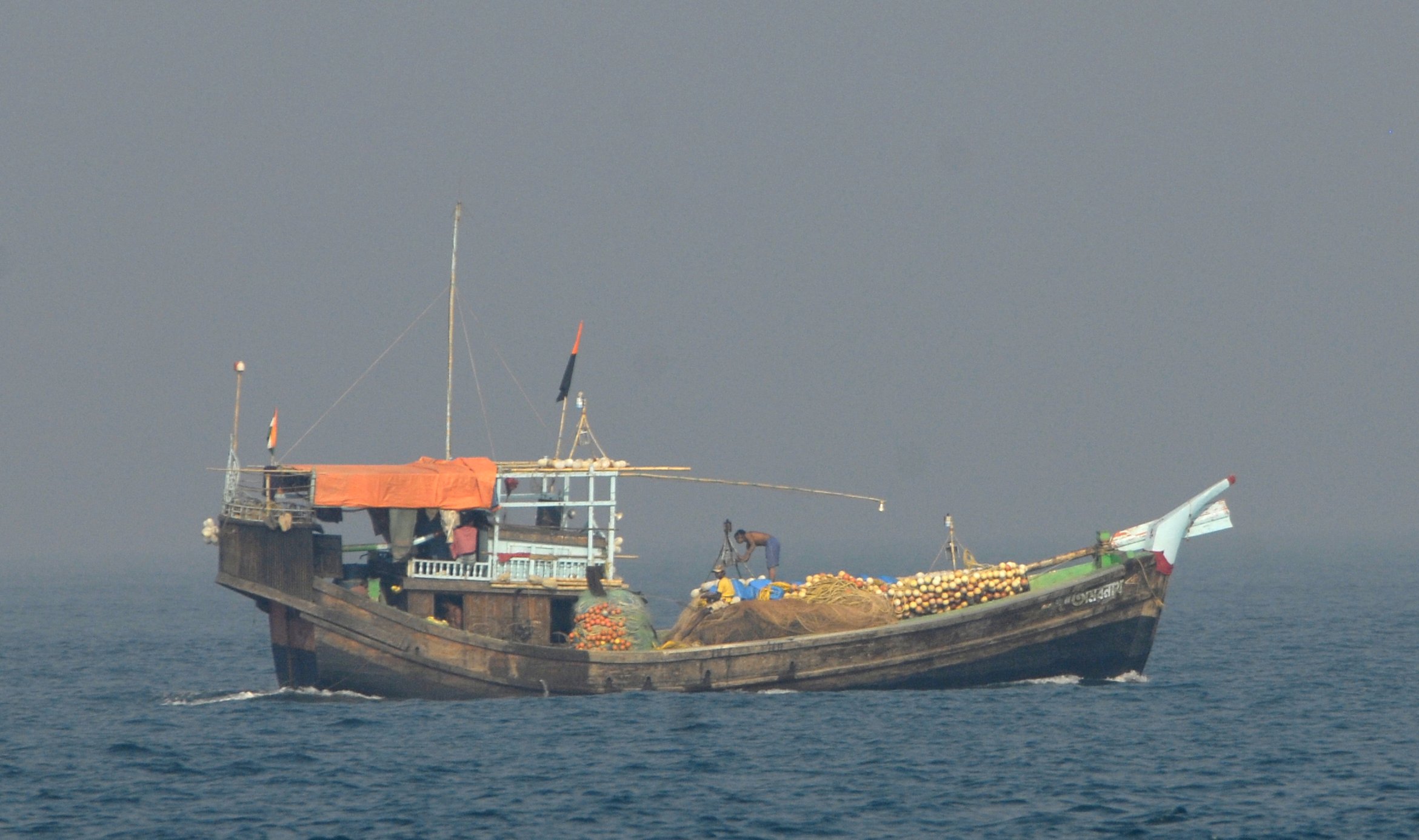 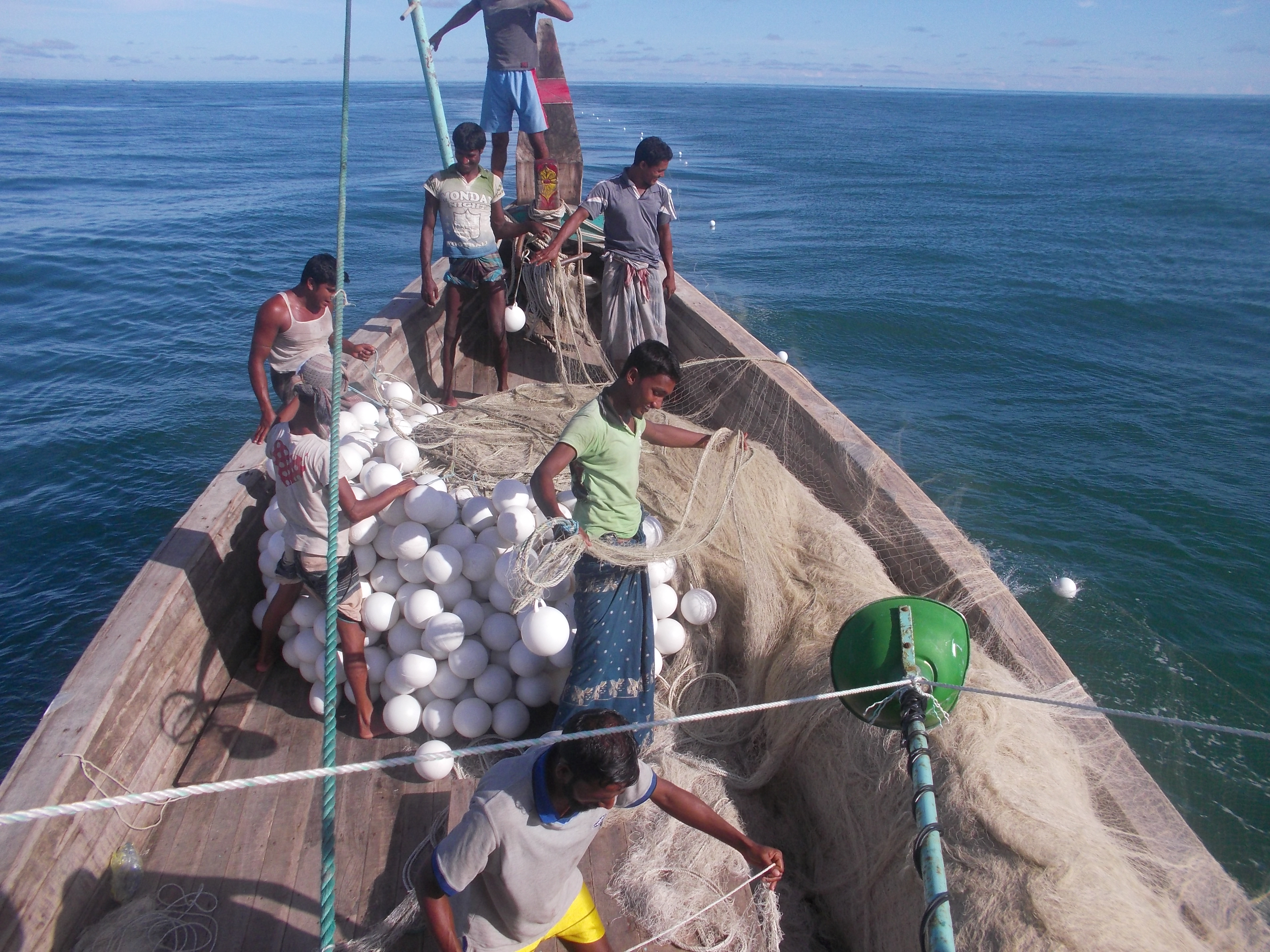 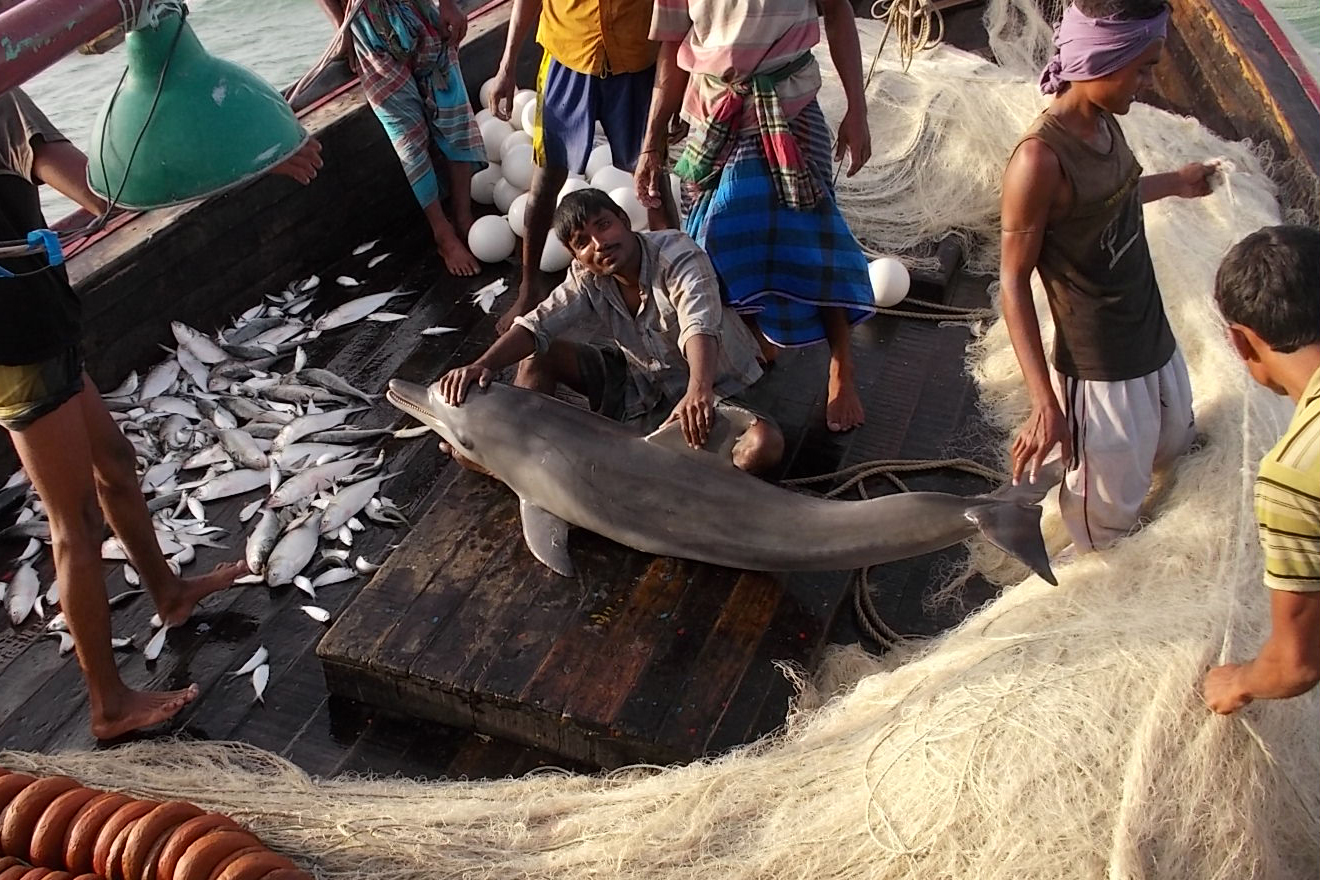 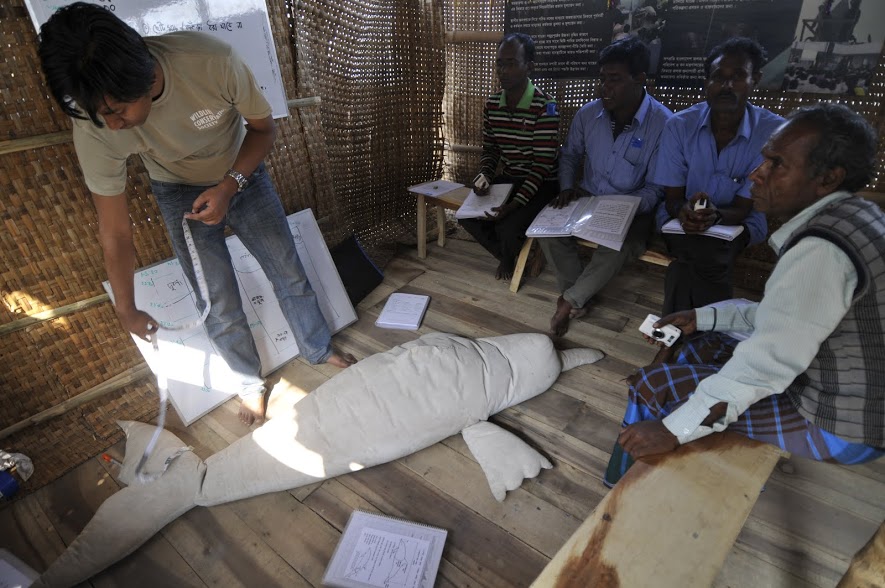 Rubaiyat contextualizes, “the project started with training and the provision of basic navigation equipment to six gillnet-fishing vessels. These boats made 37 trips lasting 8-12 days each over a five month period during which the fishermen recorded four fatal entanglements in gillnets: two Irrawaddy dolphins and two bottlenose dolphins. They also recorded basic information from the dolphin carcasses (e.g., measurements and sex), took photographs, and collected biological samples.

Unfortunately, the fishermen were unaware of the dolphins becoming entangled in their nets until they pulled them up after about four hours in the water which meant there was no opportunity to disentangle and save them. This indicated the need to develop an acoustic alarm to alert fishermen about entanglements - something as simple as a buoy with a bell for example, suggests Brian. Upon investigation it appeared the dolphins had wrapped themselves tightly in the net. Such energetic activity would likely disturb the surface float line sufficiently to trigger an acoustic alarm. As more is learned about the dynamics of the gillnet fishery and entanglements of small cetaceans better approaches to reducing mortalities can be developed - in partnership with the fishermen, Rubaiyat reminds.

Another simple innovation incorporated already has been the placement of a trained onboard observer recruited from the fishermen’s community to provide more sustained technical assistance and collect additional information on fish catch and fishing efforts. This addition to the programme has already provided vital data on gillnet fisheries needed for effective conservation planning explains Brian.

In addition to providing invaluable information on dolphin mortalities, the fishermen recorded the geographical locations of 125 dolphin groups. These included five Ganges River dolphin (Platanista gangetica) groups in the Barisal River on the way to the Bay of Bengal, and 71 Irrawaddy (Orcaella brevirostris), 28 Indo-Pacific humpback (Sousa chinensis), 20 Indo-Pacific bottlenose (Tursiops aduncus), and one pantropical spotted dolphin (Stenella attenuata) groups in marine waters. These are the first ever records of cetaceans in these waters during the monsoon season.

To date, the fishermen are very happy with the project as they gain confidence in the Global Positioning System (GPS) provided to help them find safe passage to protection from devastating high winds and storm surges in the Sundarbans mangrove forest. Linking the safety networks for dolphins and cooperation with fishermen is a win-win situation for both.