Sink or swim: over one in three freshwater fish species in Europe threatened with extinction 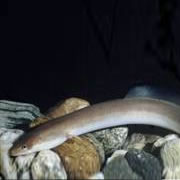 The diversity of life in European freshwater ecosystems is rapidly declining, according to a new scientific study.

The research is published in the new book Handbook of European Freshwater Fishes, in collaboration with the World Conservation Union (IUCN). It shows that 200 of the 522 (38%) European freshwater fish species are threatened with extinction and 12 are already extinct, using the IUCN Red List of Threatened Species™ categories and criteria. This is a much higher level of threat than is facing either Europe’s birds or mammals.

William Darwall, Senior Programme Officer, IUCN Species Programme, said: “With 200 fish species in Europe facing a high risk of going extinct we must act now to avoid a tragedy. Many of these species, not considered as “charismatic” or with any apparent “value” to people, rarely attract the funds needed for their conservation - they risk disappearing with only a dedicated few noticing the loss. These species are an important part of our heritage and are critical to the freshwater ecosystems upon which we do depend, such as for water purification and flood control. Many of these species can be saved through relatively simple measures. All we need is the public and political will to make it happen.”

The main threats behind the high level of extinction risk stem from the development and population growth in Europe over the past 100 years. The most serious single threat is water abstraction, particularly in the dry Mediterranean areas, which has led to some rivers drying up in the summer months which is becoming more acute with the impacts of climatic changes. Large dams built for irrigation, flood control and power generation have had major impacts upon species in large rivers, and have led to local extinction of numerous migratory species. Inappropriate fisheries management has led to overfishing and the introduction of alien species (and their diseases). Areas subject to the highest levels of threat include the lower reaches of the rivers Danube, Dniestr, Dniepr, Volga and Ural, the Balkan Peninsula, and southwestern Spain.

The Handbook of European Freshwater Fishes was written by Maurice Kottelat (Cornol) and Jörg Freyhof (IGB, Berlin). The threat assessment was conducted in collaboration with the World Conservation Union (IUCN) Species Programme and Species Survival Commission Freshwater Fish Specialist Group, with financial support from the North of England Zoological Society (Chester Zoo). During the seven years of research for the preparation of the book, 47 new fish species were discovered. Some of the assessments are provisional and are to be reviewed before they are included in the 2008 IUCN Red List of Threatened Species™.

Gordon Reid, Director General of the North of England Zoological Society and Chair of the Freshwater Fish Specialist Group, said: "This comprehensive work allows us to see for the first time the true diversity of Europe’s freshwater fishes. At 546 species (including 522 freshwater and 24 marine species that are found in freshwater), the diversity is about twice the number that is often recognised by popular and scientific literature, this has led to many rare and threatened species being ignored."

Maurice Kottelat, former president of the European Ichthyological Society and Jörg Freyhof, scientist from Leibniz Institute of Freshwater Ecology said: "It is not too late and saving all species is still possible if Europe’s governments and EU would start to act now. Lack of concern is the greatest threat to our European fish fauna. Fish conservation should be managed in the same way as conservation of birds and mammals, by agencies in charge of conservation, and not as a crop by agencies in charge of agriculture. All species are part of the human heritage, just as, for example, Acropolis; the difference is that if Acropolis were destroyed one could still re-build a duplicate, but an extinct species cannot be duplicated. "

The Handbook of European Freshwater Fishes has information on the habitat, biology and ecology, distribution, methods of identification and conservation status of all 546 European native species (including 522 freshwater and 24 marine species that are found in freshwater) and 33 introduced freshwater fish species. It also contains a key to genera and species, colour photographs of nearly every species and an assessment of their conservation status and distribution.

Jean-Christophe Vié, Deputy Head of IUCN’s Species Programme, said: “This new study shows that we are far from achieving European governments’ targets to halt biodiversity loss by 2010. The status of fish populations reflects the condition of European lakes and rivers. This handbook highlights that freshwater ecosystems are probably the most threatened. This is worrying as water increasingly becomes a scarce resource around the world. Protecting and conserving biodiversity is vital, as people’s health and livelihoods rely on these systems for basic necessities such as food and clean water.”

Human population in Europe has almost doubled since 1900, and agriculture and industry have developed massively. According to the UN Environment Programme this has led to the destruction of nearly 60% of Europe’s wetlands, leaving freshwater species declining at a great rate. Freshwater ecosystems are incredibly valuable and provide Europe with many essential products and services including fish for food, clean water, flood control, tourism and leisure activities. Their sustainable management and the conservation of freshwater species depend upon accessible, reliable and comprehensive information. Even smaller scale conservation activities at a local level can make a significant impact on species, helping to tackle the serious issue of biodiversity loss in Europe’s freshwater fish.

Some examples of threatened species in Europe:

Eels reproduce in the Atlantic Ocean. The number of juvenile eels reaching European coasts has crashed since 1980 and since 2000 there are only 1-5% of the pre-1980 levels. The species suffers from many threats including overfishing, dams, introduced parasites and pollution. In 2007 the European Union passed a legislation establishing measures for the recovery of the stock of European eel and the Convention on International Trade in Endangered Species (CITES) listed the eel on its Appendix II. However, as the species reproduces only once on average at around 20 years, and the extremely depleted state of the population, restoration is expected to take several of the eel generations.

This species abundance depends heavily on rainfall levels and water management. When the year is dry, the population declines, and when it is wet the species thrives. It was threatened by water abstraction in the dry season and habitat destruction. However, a European Union (EU) Life project has helped to ensure the future survival of this species but it still remains vulnerable due to its restricted range. More details can be found on the EU Life project website (http://ec.europa.eu/environment/life/index.htm & separate project website http://www.life-gizani.gr/pages/en/lifefysh/index.htm).

The population of Jarabugo (southwestern Spain and Portugal) has declined by more than 50% in the past 10 years, in spite of the establishment of a conservation program supported by the EU Life Programme. The population is fragmented due to dams and is declining due to water extraction, introduced species and pollution.

Chornaya gudgeon is found in a very short stretch (about 1km) of a single stream in Crimea (Ukraine). It is threatened by water extraction for agriculture. This is one of several Crimean endemics threatened of extinction.

Houting has not been observed since about 1940 and is presumed extinct. The houting is one of the victims of the huge ecological crisis Central European water bodies faced during the 20th century. The species lived in estuaries and brackish water in the Southern North Sea basin. The causes of extinction are not known, but are suspected to be pollution and habitat destruction.

Ammersee kilch is found only in Lake Ammersee, Germany. It has been seen only three times since 2000. It used to be a commercial species supporting a fishing industry in the 1940s. The decline is suspected to have occurred in the 1970s and to be due to poor water quality. The species is on the verge of extinction.

To help IUCN in its fight against the extinction crisis, donate now. https://www.iucn.org/themes/ssc/donation/donation_page.htm

More about the authors

Dr Maurice Kottelat is an independent taxonomist, based in Switzerland. He is a renowned fish taxonomist and has conducted fish surveys in Europe and South, East and Southeast Asia for 28 years, and discovered and described more than 350 species new to science. He is the former president of the European Ichthyological Society. He is author of 8 books and 260 scientific publications on fish systematics.

Dr Jörg Freyhof is a research scientist at the Leibniz Institute of Freshwater Ecology and Inland Fisheries in Berlin (IGB). He is an authority on the ecology and taxonomy of European freshwater fishes with a focus on conservation and evolutionary ecology, with 20 years of field experience throughout Europe, as well as in West Asia. He is the European Regional Vice-Chair of the IUCN-SSC/WI Freshwater Fish Specialist Group. He is author of 100 scientific publications on fish ecology and systematics.