SOS grantee Michael Dine of WWF, an IUCN member, has been updating SOS on field activities from his project to help protect the Critically Endangered Saola (Pseudoryx nghetinhensis). This is one of two SOS funded projects helping to protect the little known and rarely seen forest bovid – cousin to antelopes, cattle and goats.

What follows is Michael’s report of a successful reconnaissance patrol in difficult terrain and conditions – which also indicates several of the practical challenges one faces when trying to protect a species. 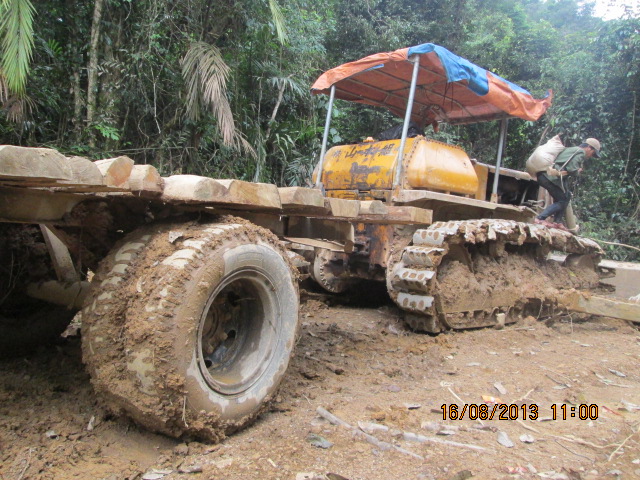 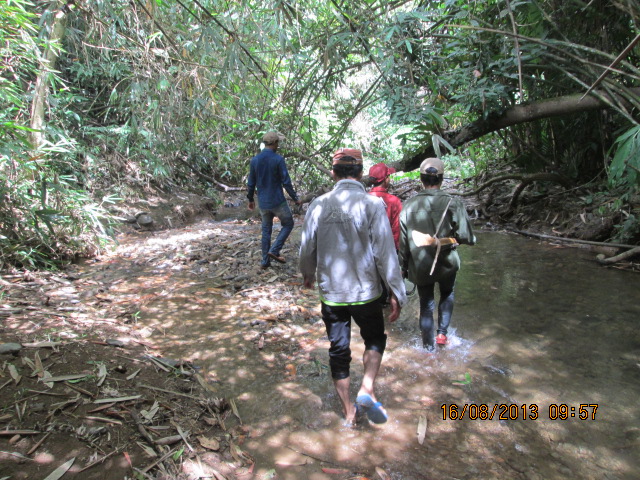 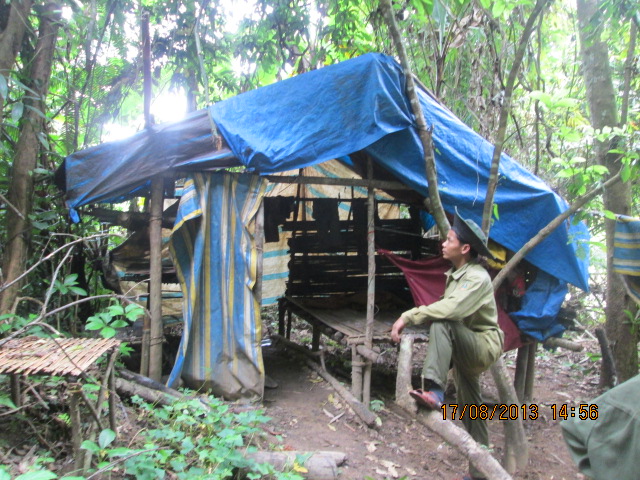 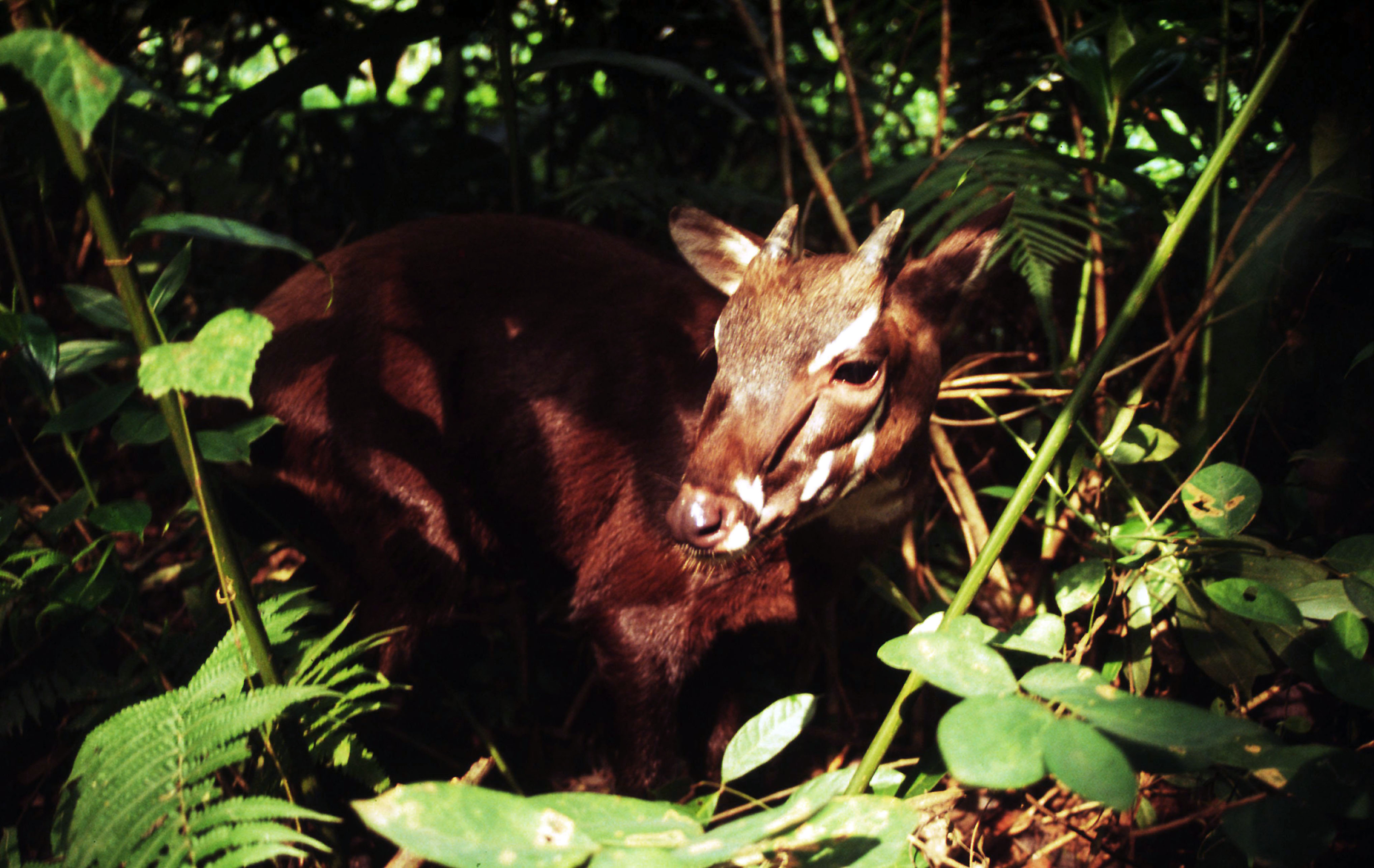 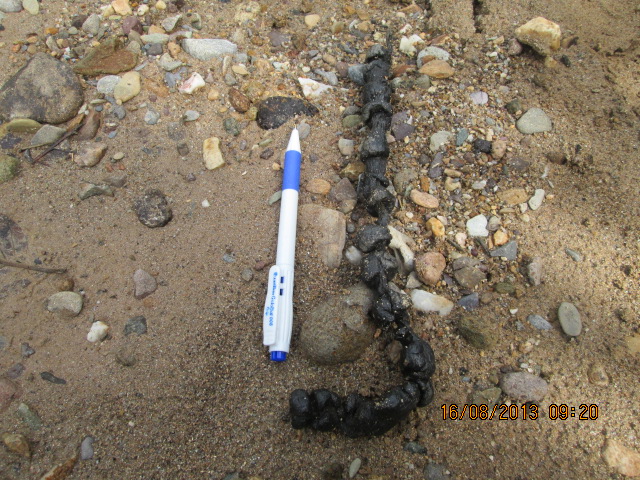 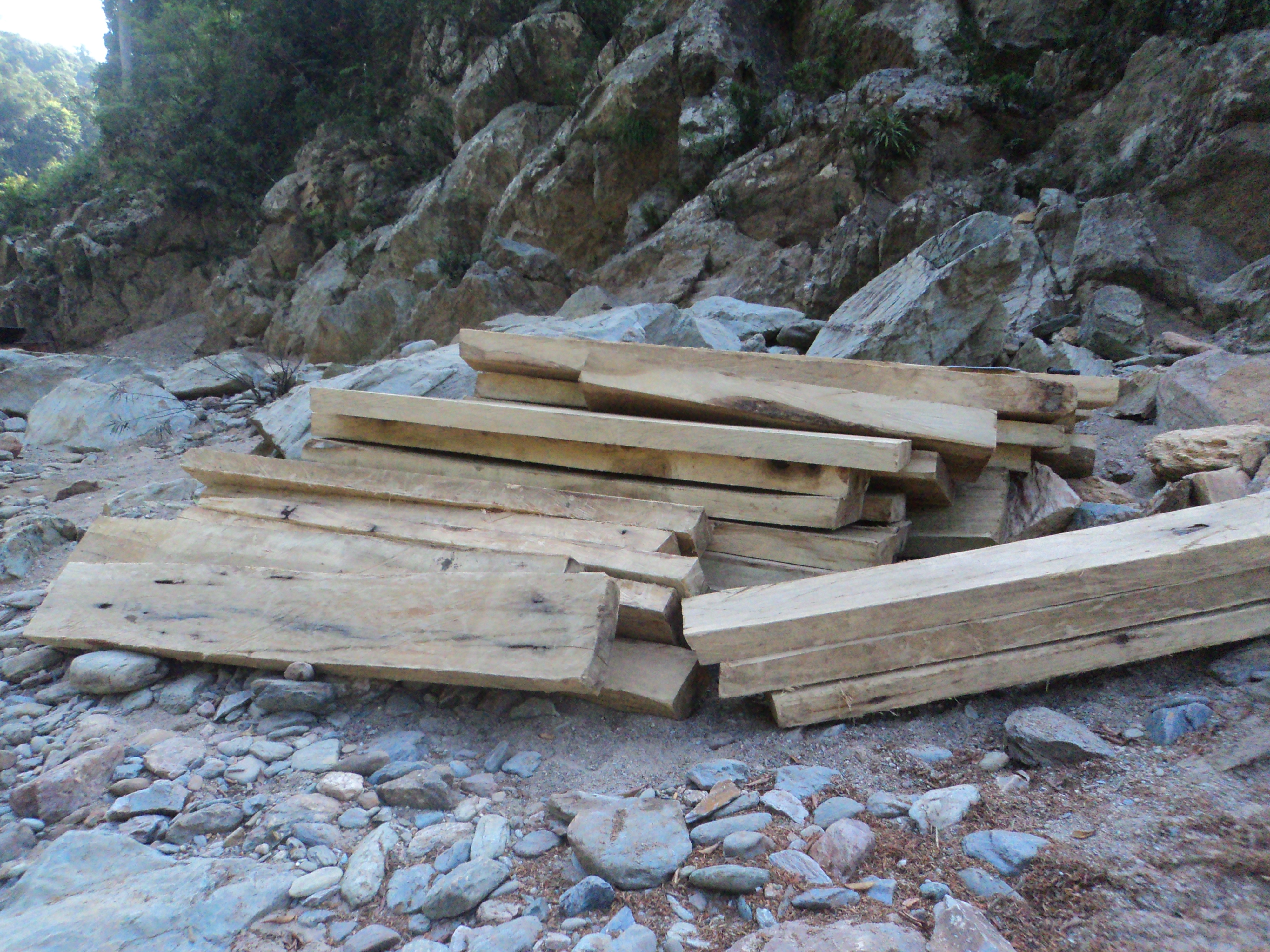 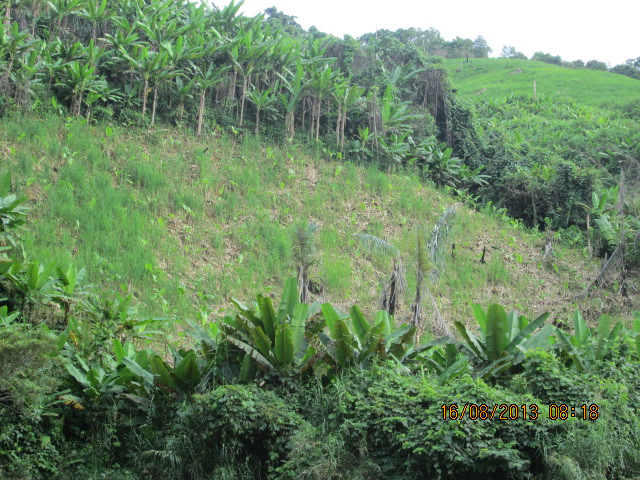 In August 2013, a six-person team lead by WWF-Laos staff conducted a six-day reconnaissance patrol in the Kalo region of eastern Xe Sap National Protected Area (NPA) along the Laos / Vietnam border. Its three main objectives were to: identify ‘hotspots’ of illegal hunting activity; identify potential patrol routes; and find base locations from which to stage further multi-day patrols. The Kalo region covers 68 km2, and its extremely mountainous terrain limited the survey to approximately 30km2 of the southeast sector.

Joining the team leader were key actors in the establishment of patrol activities in Kalo, including Provincial and District Natural Resource and Environment staff, a soldier from the border army and the local village cluster leader. Illegal poachers are known to shoot at law enforcement officers, so two members of the team carried firearms for protection.

Entry to this remote section of the Xe Sap NPA was made via the Adot border crossing in Vietnam, and the patrol continued along an original section of the Ho Chi Minh Trail into Laos – an unsealed, one lane road used by local traffic and vehicles engaged in illegal logging and mining. To track down illegal hunting ‘hotspots’, the team followed standard Xe Sap NPA patrol procedures, travelling along streams and watercourses before veering off up smaller streams and onto trails into the forest above.

During the six-day patrol, the team found and destroyed four recently used illegal camps, confiscated 50 unused snares and two hunting knives. In each illegal camp, the personal documents of people from the neighbouring Vietnamese district of A Luoi were recovered, clearly indicating the main actors engaged in illegal hunting in this area.

The team found a high density of snares and uncovered ample evidence of significant populations of large fauna. They observed noteworthy species including Hornbills, Silver Pheasant and Crested Argus, and found traces - scats and footprints - of a variety of ungulates and small carnivores. A variety of other threats to fauna were also seen, including shifting cultivation, logging and gold and zinc mining.

Finally, arrangements have been made with local people to construct the first of two camp patrol outposts in 2014. Such achievements represent small but critical steps on the way to enhancing protection for the Saola. We look forward to sharing more news and reports soon from this and the other project that SOS is funding to conserve the Saola and other species in the Annamite mountains.