More than a quarter of natural World Heritage sites are under pressure by existing or future mineral extraction. For this reason, IUCN is calling on the private sector, state-run companies and governments themselves to adopt and enforce the “no go” principle, meaning that no mining and/or mineral and oil exploration and production can be carried out in World Heritage sites. The call was made today in Québec City, Canada, during the 32nd session of the World Heritage Committee. 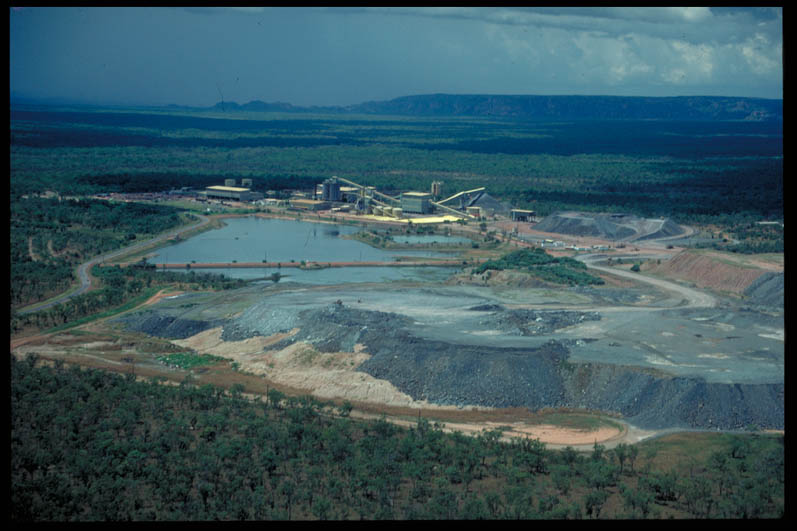 “World Heritage sites are of outstanding universal value and occupy less than 1% of the land surface of the Earth. It seems fully justified that they are off-limits for mining and oil operations” said Julia Marton-Lefèvre, Director General of IUCN, which is the technical advisory body on natural heritage to the UNESCO World Heritage Convention. “Being declared a World Heritage site is a prestigious recognition, and comes with obligations regarding conservation and protection.”

While IUCN welcomes commitments made by some companies or organizations such as the International Council on Mining and Metals (ICMM), the Minerals Advisory Council of Canada and Shell, who have declared they will refrain from any mining operations in World Heritage sites, more needs to be done.

“From a conservation perspective, it is useless to have a company refraining from conducting extraction activities in a World Heritage site only to see another one taking its place“ said Marton-Lefèvre.

Amongst the sites most vulnerable to mining and oil exploration is the Virunga National Park in the Democratic Republic of Congo, the Selous Game Reserve in Tanzania, the Alexander von Humboldt National Park in Cuba and Mont Nimba in Côte d’Ivoire.

Congo’s Virunga National Park, famous for one of the last mountain gorilla populations, is highly threatened by oil exploration. The site is already inscribed on the list of World Heritage in Danger. Two other Danger-listed sites in DRC, Kahuzi-Biega National Park and Okapi Wildlife Reserve are also threatened by mining concessions.

IUCN has suggested Alexander von Humboldt National Park in Cuba could be deleted from the World Heritage list if the planned mining operations are put into practice. This park is one of the most biologically diverse tropical island sites on Earth with an extraordinary high number of endemic plant and animal species.

In Mont Nimba planned iron mining within Cote d’Ivoire could also lead to the loss of the World Heritage values of the property and lead to a case for deletion from the list.

“There needs to be a level playing field that protects all natural World Heritage sites from all intrusive developments,” said Marton-Lefèvre. “Failure to enforce this principle should be considered as the type of threat which could lead to taking a site off the prestigious World Heritage list.”

To achieve this general commitment, IUCN today calls on all private and state mining and oil companies to adopt the no-go commitment within World Heritage sites, and on all signatory governments to enforce this.

For more information or to set up interviews, please contact

IUCN undertakes technical evaluations of the natural values of the sites nominated for inscription on the World Heritage List and has evaluated several hundred nominated sites. Further information on IUCN’s World Heritage work is available at http://cms.iucn.org/about/union/commissions/wcpa/index.cfm

Additionally, each year IUCN reports to the World Heritage Centre on the conservation status of certain natural and mixed World Heritage sites under threat. IUCN’s assessments on what is happening in World Heritage sites are derived from a variety of sources: IUCN members, indigenous peoples groups, the scientific community, experts from IUCN commissions and concerned individuals and organizations.