Ocean acidification: Coming soon to an ocean near you

Manmade ocean acidification will have profound impacts on marine life, even without a further increase of CO₂ emissions. Latest evidence shows that sea water chemistry is already changing and only rapid and huge reductions of fossil fuel use and deforestation can help restore ocean’s health, according to IUCN. 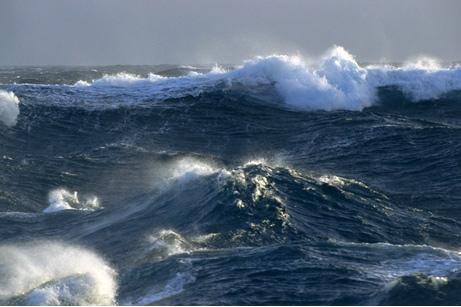 A new guide, Ocean Acidification: Questions Answered, states that ocean acidification is now happening ten times faster than that which preceded the extinction 55 million years ago of many marine species. If the current rate of acidification continues, fragile ecosystems such as coral reefs, hosting a wealth of marine life, will be seriously damaged by 2050. The guide provides the latest science on the speed and scale of impact that CO₂ emissions will have on the ocean and on humanity.

“Climate change may be all over the headlines, but it has an evil twin, caused by the same invisible gas carbon dioxide, with more measurable, rapid and seemingly unstoppable effects," says Dan Laffoley, Marine Vice Chair of IUCN’s World Commission on Protected Areas and lead editor of the guide. “By answering the main questions people have about ocean acidification, we intend to break through the ignorance and confusion that exist, so everyone is clearer on what is happening and why this is a matter of the highest global priority."

Ocean acidification, as climate change, is happening everywhere but some parts of the world will be more rapidly and severely affected than others. The Arctic Ocean will be the quickest to become acidified and hostile to a wide range of ocean life, particularly creatures with shells, according to the report. The chemistry of one half of the Arctic Ocean will be changed by 2050 if CO₂ levels continue to rise at current rates.

“Society shouldn’t have to wait any more for its ocean acidification wakeup call," says Carl Gustaf Lundin, Head of IUCN’s Global Marine and Polar Programme. “An acidified ocean poses a real and major threat to our existence. Now is the time to act to minimise the impacts on our life support system while we still have time."

Compiled by the Ocean Acidification Reference User Group (RUG) and drawing on the expertise of over 30 of the world’s leading marine scientists, the guide is being launched by Prince Albert II of Monaco at a meeting co-hosted by IUCN. "As new scientific data are generated at an increasing pace due to the growing number of major research projects, it becomes even more critical that these findings are disseminated to end-users, including policymakers and the general public, and this is what we are doing today," says Jean-Pierre Gattuso, Scientific Coordinator of the European Project on Ocean Acidification.

About IUCN
IUCN, International Union for Conservation of Nature, helps the world find pragmatic solutions to our most pressing environment and development challenges.

IUCN works on biodiversity, climate change, energy, human livelihoods and greening the world economy by supporting scientific research, managing field projects all over the world, and bringing governments, NGOs, the UN and companies together to develop policy, laws and best practice.
www.iucn.org

About the Ocean Acidification Reference User Group (RUG)
The RUG is a specially created neutral forum of end users and leading scientists involved in Ocean Acidification. It provides the framework to discuss and understand the latest evidence on ocean acidification, and to develop and devise new outreach mechanisms to bring this issue to wide attention using state of the art scientific knowledge. The RUG supports ocean acidification research in Europe (EPOCA), Germany, the United Kingdom and the Mediterranean.
http://www.epoca-project.eu/index.php/what-do-we-do/outreach.html

About EPOCA
The EU FP7 large-scale integrating project EPOCA (European Project on OCean Acidification) was launched in May 2008 with the overall goal to fill the numerous gaps in our understanding of ocean acidification and its consequences. The EPOCA consortium brings together more than 100 researchers from 31 institutes and 10 European countries. The research of this four-year long project is partly funded by the European Commission and coordinated by CNRS.
http://epoca-project.eu

About BIOACID
BIOACID (Biological Impacts of Ocean ACIDification) is a coordinated project involving over 60 PIs from 14 research institutes and SMEs throughout Germany. Launched in 2009 the project is funded by the German Federal Ministry of Education and Research (BMBF) for an initial three year period. http://www.bioacid.de