The Samoan voyaging canoe Gaualofa has joined the Cook Islands’ Marumaru Atua on the second leg of the Mua Voyage to Sydney, raising awareness about the importance of people, oceans and climate change in the Pacific – next stop, Fiji! 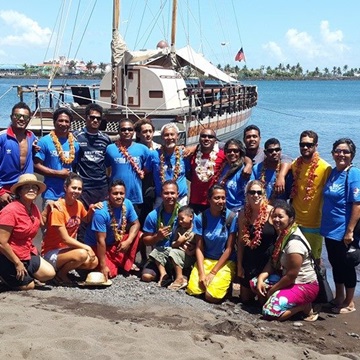 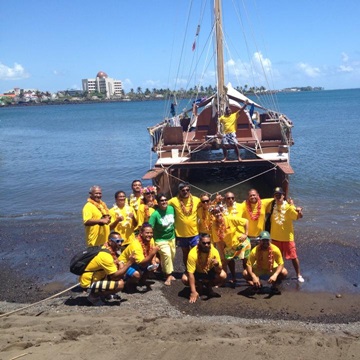 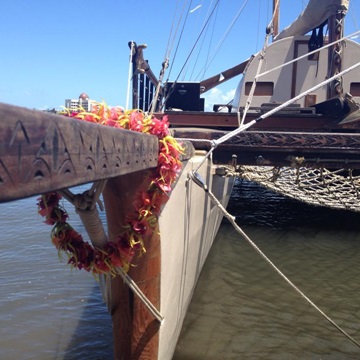 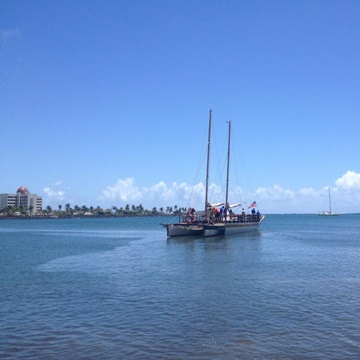 The Samoan and Cook Islands voyage canoes departed Apia, Samoa, yesterday and are expected to arrive in Suva, Fiji, this weekend where they will join the Fijian voyaging canoe Uto Ni Yalo. The three canoes will spend one week in Suva, which will give the people of Fiji the opportunity to come and see the vakas and be involved in the Mua Voyage and help to promote its important message.

The Mua voyage will convey the Pacific Island’s message to the world about Our People, Our Islands, Our Ocean, Our Future. The people of the Pacific have rich and diverse cultures shaped by the environment, with islands and communities connected as guardians of the great ocean. But the ocean is being overexploited. The effects of climate change – rising sea levels, rising temperatures, ocean acidification and more intense storms – are damaging crops, threatening food security, affecting freshwater tables and intruding into island homes. The Pacific people are calling for partnerships to help sustain the Pacific Islands for future generations and for the health of the planet.

“This voyage aims to raise awareness of the Pacific and our commitment to conservation through our heritage and culture” said Leilua Ame Sene-Tanielu, representative of the Samoa Voyaging Society.

The Mua voyage will convey this important message to the world by sailing into Sydney Harbour for the opening of the IUCN World Parks Congress 2014. The Congress is the landmark global forum on protected areas, held once every ten years, and is expected to bring together more than 3,000 people from at least 160 countries. The voyage is a high-profile and innovative way of drawing the world’s attention to the important message from the Pacific about people, oceans and climate change.

Saturday 11th October will be ‘Vaka Day’, with members of the public invited to come down to the USP Laucala Bay Campus foreshore to see the three voyaging canoes before they set sail for Port Vila, Vanuatu – their next destination on this important voyage to Sydney.