A recent study conducted for The IUCN Red List of Threatened Species™ found that 86% of the populations of parrotfish and surgeonfish face a low risk of extinction globally, but they do face a heightened risk of extinction regionally—especially in areas like the Coral Triangle. These results were published this week in the journal PLoS ONE. 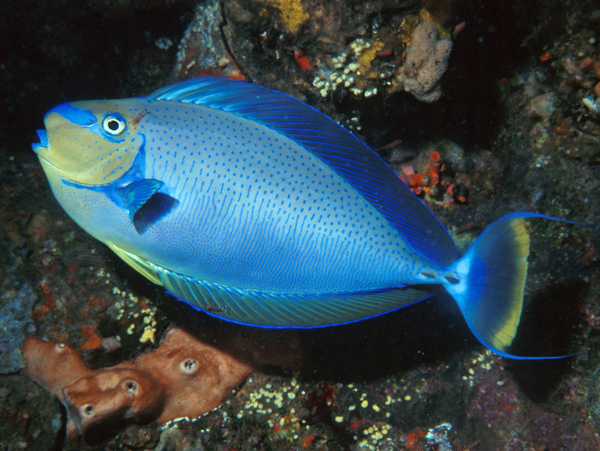 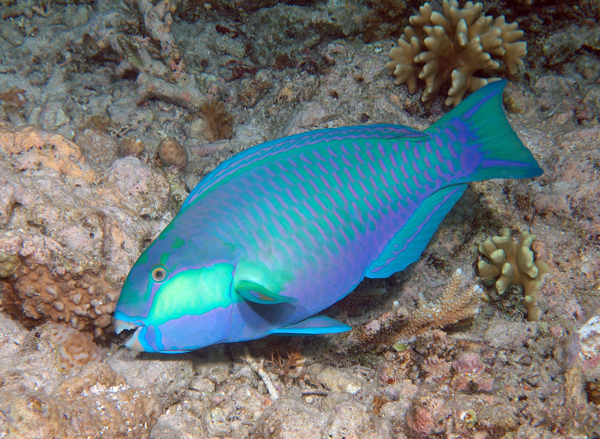 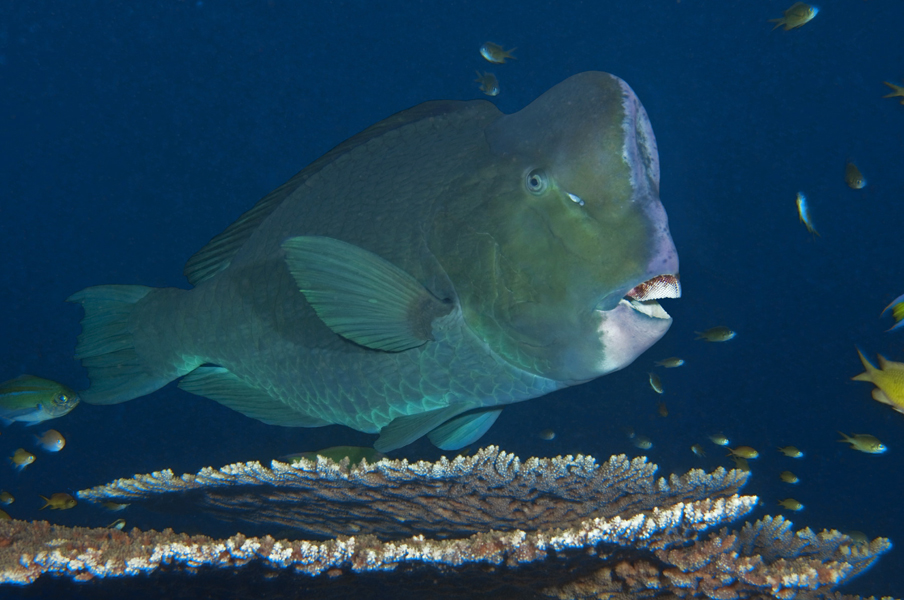 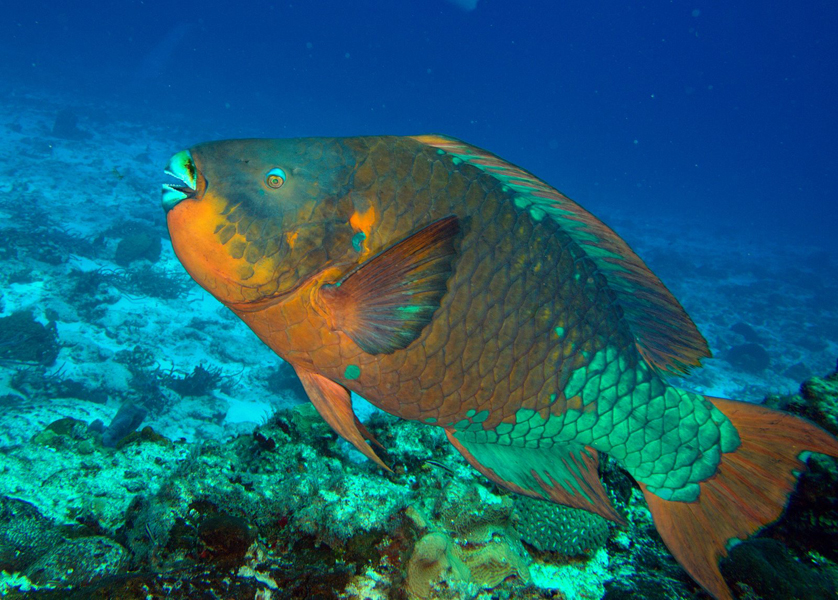 Of the species considered threatened, the Greenback Parrotfish (Scarus trispinosus) listed as Endangered, and the Bumphead Parrotfish (Bolbometopon muricatum), listed as Vulnerable, are both large-bodied, long-lived species that are experiencing significant population declines from intense fishing pressure. The Kapingamarangi Surgeonfish (Acanthurus chronixis), provisionally listed as Vulnerable, is only found in the Kapingamarangi Atoll, Caroline Islands, and is also exploited by subsistence fishers.

“The good news is that globally these iconic reef fishes are doing well, despite the fact that they are facing intense fishing pressure and destruction of their coral reef habitat,” says Mia Theresa Comeros, the study’s lead author and Research Associate, IUCN Global Species Programme Marine Biodiversity Unit. “We need to be concerned, however, for the large-bodied groups of these fishes that perform important ecological roles on coral reef systems and highlight the importance of regional assessments in quantifying local threats to populations.”

One example of a species whose local populations could be threatened is the Rainbow Parrotfish (Scarus guacamaia), which is currently listed as Data Deficient, but because of its dependency on conservation actions, this species has been reassessed and proposed for listing as Near Threatened. This large-bodied and long-lived species was previously listed as threatened because it has historically been fished to low numbers. Although the Rainbow Parrotfish has been found to have stabilized in small numbers throughout its range, it continues to suffer from decline due to destruction and loss of its mangrove habitats and overfishing.

“One-hundred and twenty million people within the Coral Triangle rely on fish for their primary source of protein, and sadly 95% of Southeast Asian coral reefs are threatened, particularly by unsustainable fishing,” says Frazer McGilvray, the Senior Director for Coral Reefs, Fisheries and Food Security and Scientist at Conservation International. “This can have a profound effect on reef fish such as parrotfish, by both habitat destruction and targeted fisheries. Efforts such as the Coral Triangle Initiative seek to protect important ecological areas and apply measures to manage fisheries to increase food security for the people of the region.”

Parrotfish and surgeonfish comprise commercially important fisheries around the world and also generate tourism from coral reef divers, seeking to see them in their natural habitats. They are also vitally important to the health of coral reefs, as they feed on and limit the growth of algae on coral. Currently, countries including Belize and Bermuda have species specific protections in place for parrotfish and surgeonfish, such as protection in marine reserves or fisheries restrictions, because of their importance to coral reefs.

“The global snapshot this assessment provides is positive for parrotfish and surgeonfish, but we need to get a better grasp on what is happening with the local populations,” says co-author Beth Polidoro, Senior Research Associate, IUCN Species Programme Marine Biodiversity Unit. “More local assessments are needed in order to understand how coral reef loss from human activities is compounding the fishing pressures these populations face.”

Any large-bodied fishes with little formalized protection that are present in areas of high fishing pressure and/or high coral reef habitat loss, should be a priority for conservation action and increased monitoring. Where marine reserves are present, their effectiveness needs to be monitored. In many areas, species-specific conservation actions need to be scaled-up and should include measures to protect spawning and feeding aggregation sites.

Issues involving species survival and conservation will be discussed at the IUCN World Conservation Congress in Jeju, Republic of Korea, from 6 to 15 September 2012.