International Day of the Vaquita

The Gulf of California, also known as the Sea of Cortez, is a large and extremely rich body of water that separates the Baja California Peninsula from the Mexican mainland. Spreading over more than 1,130km of coast and reaching a surface area of 160,000km2, the Gulf of California is listed as one of the 66 Large Marine Ecosystems of the world. Its unique location accounts for some of the most astonishing landscapes on Earth, where blue lagoons meet the desert sand. 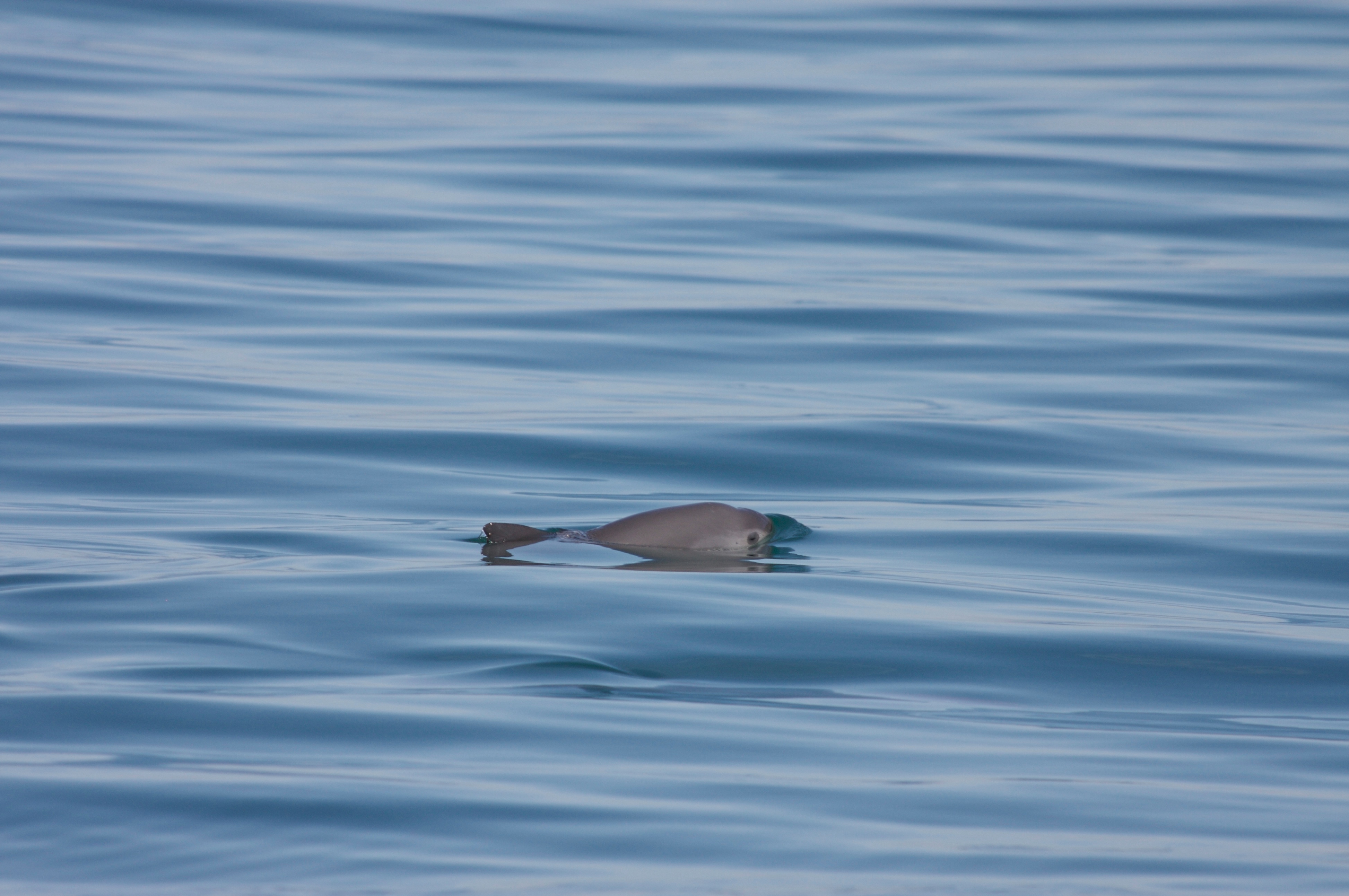 The Sea of Cortez encompasses 898 islands, 244 of which are listed on the UNESCO World Heritage list of natural sites. Because the sea is semi-closed by the Baja Peninsula, its water is protected from the cold current of the Pacific. This unique feature allows for a rich tropical and subtropical biodiversity. Indeed, the Gulf includes 891 species of fish, 90 of which are endemic such as the Totoaba. This rare endemic fish has never been found outside the Gulf and has now reached the “Critically Endangered” status on the IUCN Red List of Threatened Species.

A similar destiny is awaiting another endemic species, the porpoise of the Gulf of California, also known as the Pacific Porpoise or Vaquita (which means “little cow” in Spanish).

The Vaquita (Phocoena sinus) is the smallest and now most endangered species of the cetacean order, after the recent extinction of the Baiji (Lipotes vexilifer) in the Yangtze River of China. This small, stocky porpoise is extremely rare and timid, and was only discovered in 1958. In 1986, only 28 years after its discovery, the species hit the “Vulnerable” status on the IUCN Red List and was quickly upgraded to “Critically Endangered” in 1996. Despite conservation efforts, the Vaquita's IUCN Red List status remains the same to this day while its population continues to decrease at an alarming rate. The main driver of this ongoing extinction is the accidental catch of the porpoise in nets used in shrimp fisheries. Once trapped in the nets, the little mammal cannot surface to breathe and dies from asphyxiation. It is estimated that between 30 and 40 Vaquitas die in this way each year. In 1997 the population of Vaquitas was estimated to be around 567 individuals. In 2005 this number dropped to 200, and only 150 are thought to be remaining today. Urgent conservation efforts are necessary to avoid reaching the point of no return, which would render the survival of the species impossible.

This tragic situation is very similar to the story of the Baiji, a freshwater dolphin endemic to the Yangtze River in China. The Baiji inhabited the river for millions of years and an estimate made in the early 20th century accounted for over 5,000 individuals. Its population drastically declined to 400 in 1980, and to 13 by 1997 before being completely extinct in 2006. Being the only representative of the Lipotidae family, the Baiji's loss meant the disappearance of the entire family. Again, the drivers of this extinction were human induced, with the fragmenting of the Baiji's habitat by dams, deadly collisions with boats, bycatch in fisheries and the pollution of the river all playing a role in the extermination of the endemic dolphin.

The Baiji being now extinct, the Vaquita has become the most threatened cetacean species on Earth.

As part of the International Day of the Vaquita on the 12th of July, we encourage you to discover more about the conservation of this rare mammal.

I. What is a Vaquita?
The Pacific Porpoise (Phocoena sinus) is an odontoceti, which means it is a toothed whale, like dolphins and sperm whales, as opposed to whales with baleen, such as the blue whale. This member of the Phocoena genus is the smallest porpoise on Earth, barely reaching 1m50 in length for a weight of 50kg. The Vaquita is endemic to the Gulf of California where it lives in the shallow waters bordering the Colorado estuary. It is extremely difficult to collect any biological and behavioural data on this porpoise due to its exceptionally timid nature. The Vaquita is thought to live up to 21 years, becoming sexually mature around 5 years of age. The gestation period lasts for 10 to 11 months and each female will only birth one calf every 2 years. This low reproductive rate and the limited geographical distribution of the species make it highly vulnerable to human disturbances. Just like the Baiji before it, the Vaquita might soon quietly disappear from the face of the Earth.

II. How can we protect the Vaquita?
Several studies have shown shrimp fishery bycatch to be responsible for the decline of the Vaquita population (Julian y Beeson, 1998; D’Agrosa et al, 2000; Carreta et al, 2003; Jaramillo-Legorreta et al, 2007; Conanp, 2008; CIRVA, 2012). Furthermore, the pollution of the Colorado River is threatening the Vaquita’s only habitat. In the last decades, a few conservation efforts have been made to protect the porpoise. Unfortunately, these efforts have not been able to stop bycatch so far. The specialists all agree that a shift in fishing gear is crucial for the survival of the Vaquita. All generic fishing gear and nets will have to be destroyed and replaced by more selective fishing equipment to eliminate porpoise bycatch (Rojas Bracho et al, 2006; Jaramillo-Legorreta et al, 2007). To this goal, a new trawler is being released this year in the northern part of the Gulf after a full year of testing. This new trawling technology captures shrimp selectively and efficiently whilst avoiding the accidental catch of marine mammals.

Conclusion: The Vaquita - ambassador for a better use of marine resources?

In the face of the divergent expectations surrounding the Gulf of California by the different parties (fishermen, lobbyists, government, scientists and conservationists), it is of the upmost importance that a middle ground is found to enable a sincere collaboration between all parties. By shifting the fishing gear to more selective technologies, fishermen's jobs will be preserved and the economical benefit to the region will remain, whilst reducing the human impact on this unique ecosystem.

The conservation of the Vaquita will promote a more sustainable use of our marine resources and indirectly benefit all living species in the Gulf. Biodiversity is the key to a strong and durable ecosystem. By protecting the Vaquita, Mexico can insure the long-term sustainable exploitation of the Gulf of California, which supports 50% of the country’s fisheries. Thus, it is imperative to protect this fragile coastal ecosystem, for the good of the country, the people and all the marine creatures inhabiting the Gulf.

Let’s make the Vaquita the ambassador for a more sustainable use of our marine resources!