IUCN, International Union for Conservation of Nature, announced today the appointment of Inger Andersen as the new Director General of the Union starting in January 2015. 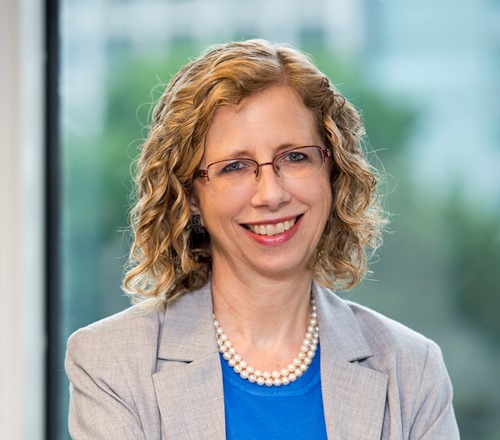 Currently Vice President for Middle East and North Africa (MENA) at the World Bank, where she is responsible for the Bank’s strategy and operations throughout the region, Ms Andersen will begin her new role on January 12, 2015. She will succeed Julia Marton-Lefèvre who has served as IUCN Director General since January 2007.

“We are delighted to welcome Inger to IUCN,” says IUCN President Zhang Xinsheng. “She has the track record of strategic leadership necessary to bring IUCN and its vision to the next level. Indeed, her extensive background in environment and sustainable development will be central to IUCN’s ongoing ambition of placing nature at the forefront of the global development agenda.”

A Danish national, Ms Andersen began her career working on desertification and dryland issues in Sudan, and with the UN Sudano-Sahelian Office in New York. With the establishment of the Global Environment Facility in 1992, she was asked to serve as the Arab Region Coordinator for the United Nations Development Programme (UNDP), a position she held until 1999 when she moved to the World Bank.

At the World Bank, Ms Andersen worked primarily on water, environment and sustainable development, with special focus on the Africa and MENA Regions. In 2010, she was named Vice President for Sustainable Development, overseeing the technical quality of the Bank’s portfolio and leading the Sustainable Development Network. In view of her long association with the Middle East, Ms Andersen was requested to take on the Vice President position for the region at the onset of the Arab Spring the following year. Ms Andersen was also appointed Head of the CGIAR Fund Council in 2010.

“I am extremely pleased and honoured to be taking on the role of Director General at IUCN,” says Inger Andersen. “As an indispensable source of fact-based intelligence for the conservation community and beyond, IUCN is uniquely positioned to help the world tackle this century’s vast environmental and societal challenges. I will be delighted to lead those efforts, taking up the baton from my talented and dedicated predecessor Julia Marton-Lefèvre.”

Ms Marton-Lefèvre has successfully led the conservation movement during and between two World Conservation Congresses, held in Barcelona and Jeju. Under her leadership, IUCN grew to more than 1,200 government and non-government Members, 11,000 Commission members, and 1,000 staff in 45 offices around the world.

“It has been a rare privilege to head such a prestigious organization,” says Julia Marton-Lefèvre, IUCN Director General. “IUCN is a unique union of inspiring and dedicated people, working together for ‘a just world that values and conserves nature’. After eight fascinating years at the helm, I am confident that I am leaving IUCN’s future in the most capable hands possible.”