Depletion of the body snatchers: bad news for marine environment

A recent study conducted for The IUCN Red List of Threatened Species™ has determined that 20% of hagfish species are at an elevated risk of extinction*. Scientists warn that this figure could be much higher. 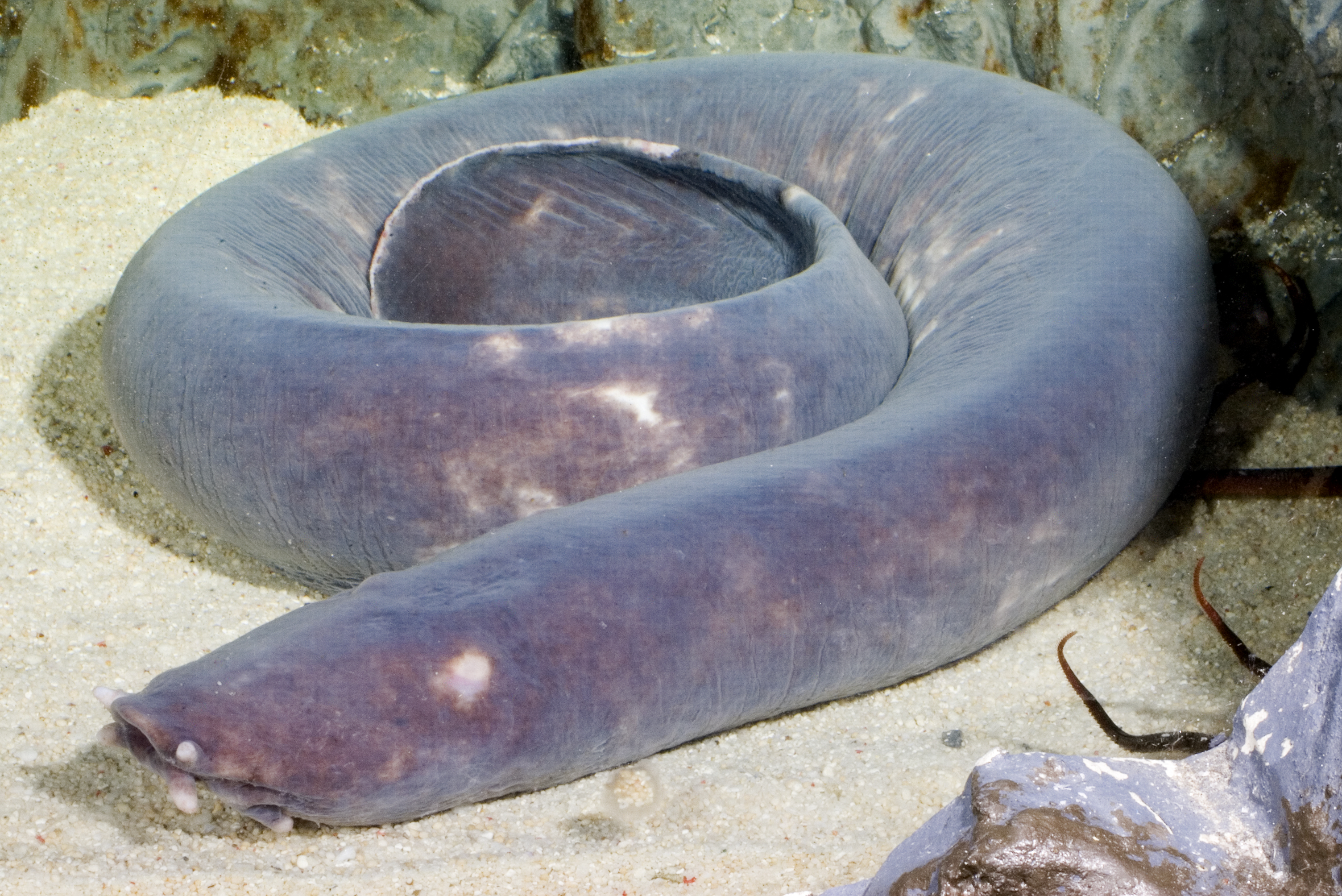 The results of this research, carried out in association with Conservation International (CI), indicate that the primary causes of hagfish declines are the direct and indirect effects of fisheries.

Hagfish represent an ancient and unique evolutionary lineage; as bottom feeders they play an important role by cleaning the ocean floor and recycling nutrients into the food web which maintains the overall health of the ecosystems they inhabit.

“By consuming the dead and decaying carcasses that have fallen to the ocean floor, hagfish clean the floor creating a rich environment for other species including commercial fish such as cod, haddock and flounder,” says Landon Knapp, research assistant for the IUCN Marine Biodiversity Unit at Old Dominion University and lead author of the study. “The presence of hagfish in areas of intense fishing is extremely important as large amounts of bycatch are discarded."

Particular areas of concern highlighted in the study include southern Australia, where the only hagfish species present is threatened, and the coast of southern Brazil. Also of concern are the species found in the East China Sea, the Pacific coast of Japan, and coastal Taiwan; in these areas, four of the 13 hagfish species occurring are threatened with extinction.

“In many geographic regions, only one or two hagfish species are present, and therefore the loss or decline of even a single species in these areas will have detrimental effects on ecosystems as a whole, as well as the fisheries that depend on them,” says Dr Michael Mincarone, Professor of Zoology at Universidade Federal do Rio de Janeiro, an author of the study.

Fisheries worldwide directly profit from the harvesting of hagfish, such as Myxine garmani (Vulnerable) and Eptatretus burgeri (Near Threatened) for leather and food. Hagfish are also an important part of the food chain, being prey for fishes, seabirds and even marine mammals, including seals. When fishing pressure was focused on hagfish in certain locations in the north-western Atlantic, the stock of other commercial species, such as flounder, plummeted.

Overexploitation and destructive fishing practices are major threats to several hagfish species, including Myxine paucidens and Paramyxine taiwanae, both listed as Endangered. No current conservation measures or legislation exist to protect hagfish populations.

“Additional data is required and controls for the regulation and management of hagfish fisheries and other threats to hagfish populations are urgently needed to ensure the survival of these important species,” says Dr Kent Carpenter, Professor at Old Dominion University, manager of IUCN’s Marine Biodiversity Unit and an author of the paper.

“Hagfish are a great example of one of those ‘not-so-cute’ species that play a vital role in ecosystem health,” says Cristiane Elfes, Programme Officer for the CI-IUCN Biodiversity Assessment Unit. “This study highlights the impact we have on hagfish and the importance of protecting them to maintain the stability of ocean ecosystems.”

The hagfish assessments are a part of the Global Marine Species Assessment’s mission to complete more than 20,000 marine species assessments for inclusion on the IUCN Red List of Threatened Species. The Global Marine Species Assessment Unit (GMSA), or Marine Biodiversity Unit, is a joint initiative of IUCN and Conservation International. The GMSA is headquartered in the Department of Biology at Old Dominion University in Norfolk, Virginia, and is largely enabled by the generous support of the New Hampshire Charitable Foundation and Tom Haas.

Complete results of the hagfish species assessments are published on the IUCN Red List of Threatened Species (www.iucnredlist.org).

The IUCN Red List of Threatened Species™ (or the IUCN Red List) is the world’s most comprehensive information source on the global conservation status of plant, fungi and animal species. It is based on an objective system for assessing the risk of extinction of a species should no conservation action be taken.

The IUCN Red List is not just a register of names and associated threat categories. It is a rich compendium of information on the threats to the species, their ecological requirements, where they live, and information on conservation actions that can be used to reduce or prevent extinctions.