Twenty-one per cent of freshwater species in continental Africa are threatened with extinction, putting the livelihoods of millions of people at risk. With so much to lose, inland waters must be managed not just for their supply of freshwater but also to sustain the abundant life within. 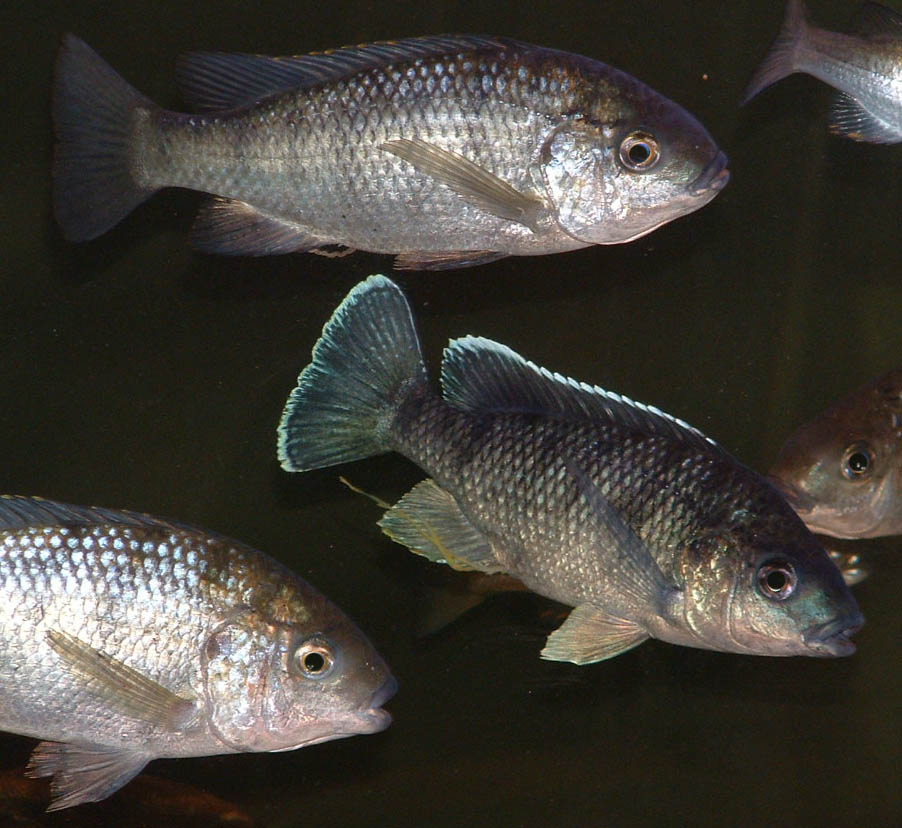 View photos of some of the threatened species:

In the most comprehensive assessment of its kind, 5,167 African freshwater species were evaluated by 200 scientists over a five-year period for the IUCN Red List of Threatened Species™, including all known freshwater fish, molluscs, crabs, dragonflies and damselflies, and selected families of aquatic plants. Some of the biggest threats to African freshwater species come from agriculture, water abstraction, dams and invasive alien species.

This study highlights the perilous state of our natural environment and will provide vital information for decision-makers as they plan to greatly expand the use of Africa’s inland water resources. The results are particularly important for resource managers as, for the first time, species have been mapped to individual river basins.

"Freshwaters provide a home for a disproportionate level of the world's biodiversity. Although they cover just one per cent of the planet's surface, freshwater ecosystems are actually home to around seven per cent of all species,” says Jean-Christophe Vié, Deputy Head of IUCN’s Species Programme. “This latest IUCN Red List assessment clearly shows that lakes, rivers and wetlands haven’t escaped the grasp of the current extinction crisis.”

Even the loss of a single species can have a dramatic impact on livelihoods. In Lake Malawi, a group of fish, known as ‘chambo’ by locals, forms an extremely important source of food. Of these, Oreochromis karongae, an Endangered species, has been hugely overfished, with an estimated 70 per cent reduction in the population over the past ten years. In Lake Victoria, a decline in water quality and the introduction of the Nile Perch (Lates niloticus) have caused a reduction in many native species over the past thirty years, threatening traditional fisheries. This IUCN Red List assessment studied 191 fish species in Lake Victoria and found that 45 per cent are threatened or thought to be extinct.

Around the great lakes of Africa, fish provide the main source of protein and livelihoods for many of the continent’s poorest people. The livelihoods of an estimated 7.5 million people in sub-Saharan Africa depend on inland fisheries. These new data will be invaluable in helping to safeguard these fisheries, freshwater supplies and the many other associated resources.

“Africa is home to an astonishingly diverse range of freshwater species, many of which are found nowhere else on earth,” says William Darwall, leader of the project and Manager of IUCN’s Freshwater Biodiversity Unit. “If we don’t stem the loss of these species, not only will the richness of Africa’s biodiversity be reduced forever, but millions of people will lose a key source of income, food and materials.”

Priority areas of highly threatened and restricted range species can now be identified. For example, in the waters of the crater-lake Barombi Mbo, in Cameroon, 11 species of fish are highly threatened and live a precarious existence as deforestation increases the risk of lake ‘burping’, where large levels of carbon dioxide are released from deep within the lake, suffocating the fish. Without management intervention these species, some of which are important food sources, may be lost forever.

Fish are clearly important to people, both as a source of food and income. But other freshwater species such as molluscs, dragonflies, crabs and aquatic plants also play vital roles in maintaining functioning wetlands and these should not be ignored. In the rapids of the lower reaches of the Congo River 11 species of mollusc, found only within a 100km stretch of water, are highly threatened due to upstream pollution. Molluscs such as these provide important functions including water filtration.

“This new study gives us a unique opportunity to try to influence developers and governments when they’re planning freshwater infrastructure projects, which are still in the early stages in most of Africa,” says Anada Tiéga, Ramsar Secretary General. “Until now we’ve not had the information we need about species and the threats they face but, armed with these IUCN Red List assessments, we hope that decision-makers in Africa will now make the right choices to develop their water resources in a sustainable manner whilst protecting and valuing global biodiversity.”

The findings of this assessment are also being published in a series of regional reports. The Northern and Western Africa reports are published today.

The IUCN Red List of Threatened Species™ (or the IUCN Red List) is the world’s most comprehensive information source on the global conservation status of plant and animal species. It is based on an objective system for assessing the risk of extinction of a species should no conservation action be taken.

The IUCN Red List is not just a register of names and associated threat categories. It is a rich compendium of information on the threats to the species, their ecological requirements, where they live, and information on conservation actions that can be used to reduce or prevent extinctions.
www.iucnredlist.org

IUCN is the world’s oldest and largest global environmental organization, with more than 1,000 government and NGO members and almost 11,000 volunteer experts in some 160 countries. IUCN’s work is supported by over 1,000 staff in 60 offices and hundreds of partners in public, NGO and private sectors around the world.

The Ramsar Convention is the global intergovernmental treaty for the conservation and sustainable use of wetlands. Contracting Parties (member states) commit to the protection and wise use of all wetlands through local and national actions and international cooperation. Parties implement this through the maintenance of wetlands’ ecological character, including by taking wetland conservation considerations into account in their land-use planning and management.
The Ramsar Convention works closely with IUCN and many other environment-related global and regional organizations. It has collaborative agreements with most global environmental conventions, including operating as the lead implementation partner on wetlands for the Convention on Biological Diversity (CBD). It recognizes the fundamental ecological functions of wetlands for people and biological diversity, including through their continued delivery of their socio-economic benefits and values.

This work is part of a larger collaborative initiative between IUCN, Conservation International and NatureServe to assess the status of the World’s Freshwater Biodiversity

The Status and Distribution of Freshwater Biodiversity in Eastern Africa

The status and distribution of freshwater biodiversity in Northern Africa

The status and distribution of freshwater biodiversity in Western Africa

The status and distribution of freshwater in Southern Africa

Wildlife in a Changing World: an Analysis of the 2008 IUCN Red List of Threatened Species